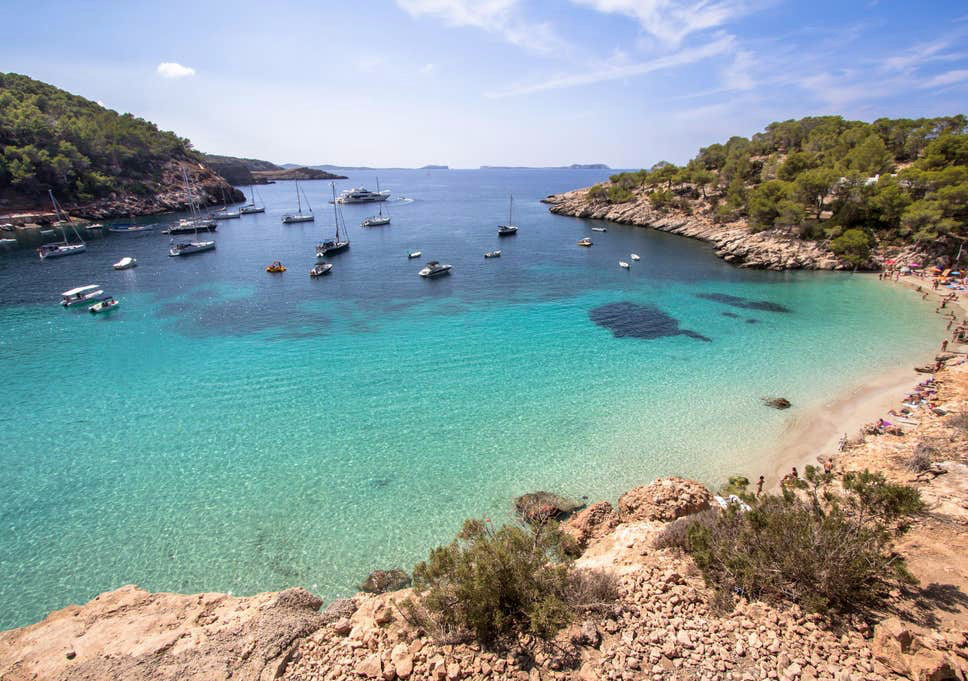 Breathtakingly views kissing eternal blues, legendary beach parties by salty weaves and yummiest bites of Mediterranean cuisine that cheer up your sense of taste...yes this is Mediterranean Beauty, Ibiza.

Ibiza that is known as the birthplace of Christopher Colombus, has deep history. The early settlement of the Phoenicians remains largely in Ibiza. Therefore, more than half of the island, which was included in the World Heritage List by UNESCO in 1999, is under UNESCO protection. No doubt, the meticulous preservation of historical and culturally important areas makes Ibiza one of the most popular tourism destinations in the world.

Ibiza as 'ISLAS PITIUSAS- The Island of the Pines' in Greek as pine trees surround all over the island. The story of Ibiza started with the flower children discovered the island between the years 60-70 and then the renovation of the old rustic houses in the early 2000s, the modern villas of celebrities on the high cliffs, the increase of beach clubs and gourmet restaurants makes Ibiza one of the special spots in the world where the entertainment and fashion community meets. The population of the island, which is about 50 thousand in the winter months, increases to 2 million people by 26 thousand flights in season, that land at the small airport of Ibiza.  The season of the island is between the opening and closing of the world-famous clubs.

Even though Ibiza is engraved in our memories with limitless parties and nightlife images, it is impossible to ignore the nature that makes you fall in love with its forever peace. While the island is the capital of party people who doesn't sleep, beauty of nature offers you peaceful retreats in hidden areas of Island on the other hand. Regardless of the reason why for you are here; there is only one truth for the west coast of the island: ' You will have unforgettable and give thanks to every moment of your being'.  San Antonio is famous for its sunsets of blues melting in reds however you prefer to experience your own private sunset at Casa Salada rather than the crowded San Antonio. This secluded beach is a little further than north of San Antonio, where you witness how the ocean and the sun kiss in silence.

Ibiza known as 'Island of Freedoms' as island's sense of peace and comfort had already discovered by hippies in the 60s. The Flower Power Movement is still alive, especially on Bennirrás beach where the drums lost in rhythm at sunsets as well as in the hippie markets such as Las Dalias in the San Carlos town. Although this culture has left itself to a luxury holiday concept during time, we can see the essence of this culture as the strictest rule in Ibiza: 'respect nature'. With its green trees, clear sea and sparkling sands; nature and people have never clashed on this island.

When you drive to north via single lane road of villages; you will arrive to lands blessed with almond gardens, olive groves and rosemaries as well as hidden beaches on the coastline.

You can give a very tasteful and designful break to your voyage of discovery with Hotel Legado Finca which has a frame consisted of apricot, cacao and fig trees. You can easily fell asleep on comfy and colourful sunbeds surrounds pool that is coloured by sunset however every rooms of hotel are simply, art gallery that you should not miss. Waking up to organic and no-rush breakfast from these rooms is priceless. http://www.thesmallhotels.com/finca-legado-ibiza 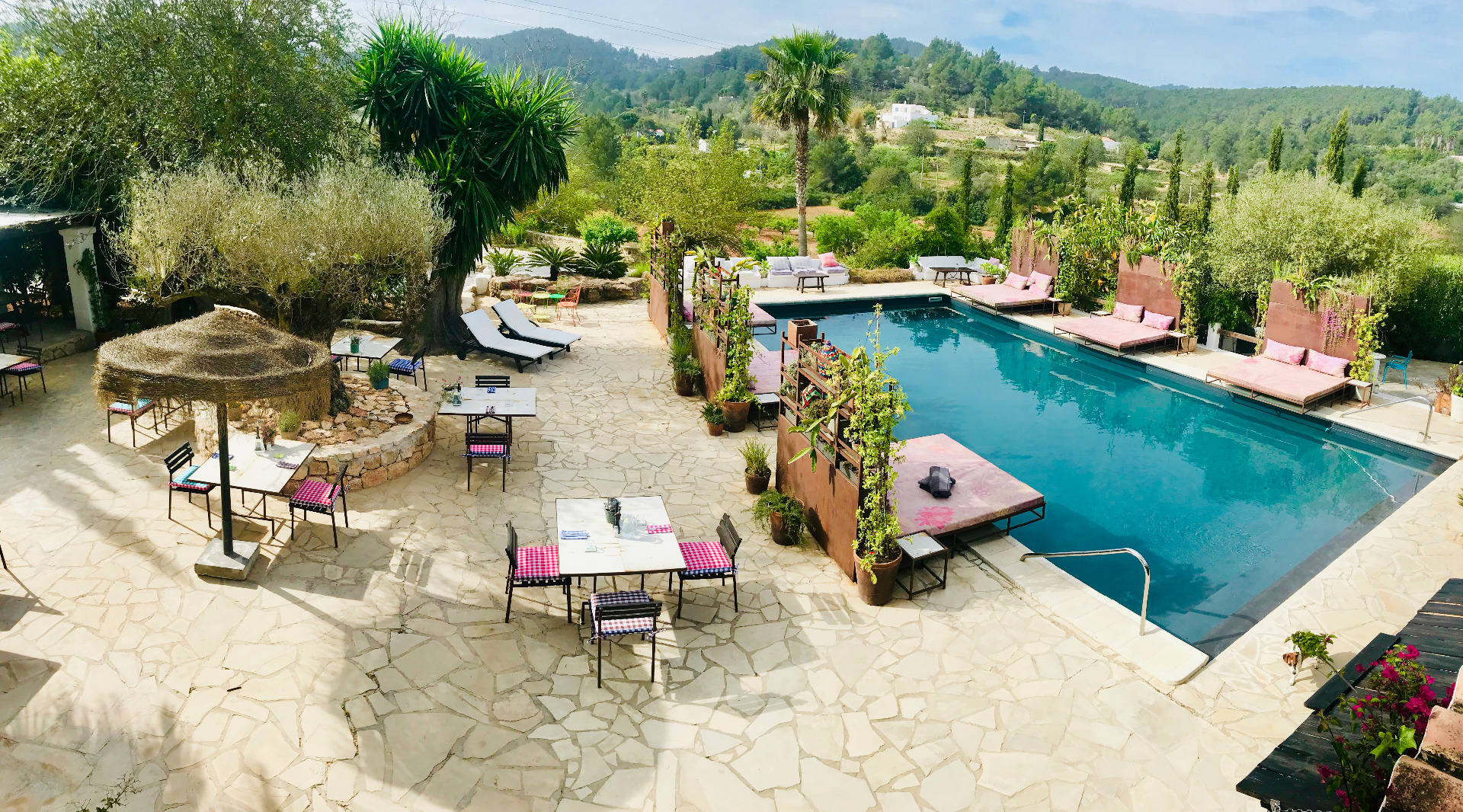 After nourishing your stomach and eyes in Hotel Legado Finica, road is calling. Keep driving with sea salt breeze on your tanned shoulders. Our first stop is: Cala Llenya which is very long beach which has its colour from the sun.  There is also a little family run place that you can order your frappe after your wake-up call-sea session.

The only question that you can't find the answer on this vacation is: 'Which bay has the most breath-taking scene? Instead of looking for an answer for this question, we hit the road again to discover hidden gastronomic heavens on the island. We came upon little family run restaurant which is literally on the sea at the bay of Cala Mastella. This fish restaurant named El Bigotes that is one the most original as well as the only place on the Island that you can taste the real fisherman dish called Bullit de Peix. Juan Ferrer, who is the one, created that dish, had been preparing this only for his friends however it became famous in time. There is no linen tablecloths or crystal cups, but fresh fish cooked in a giant cauldron in a wood oven served with delicious rice makes you 'man on the moon'. 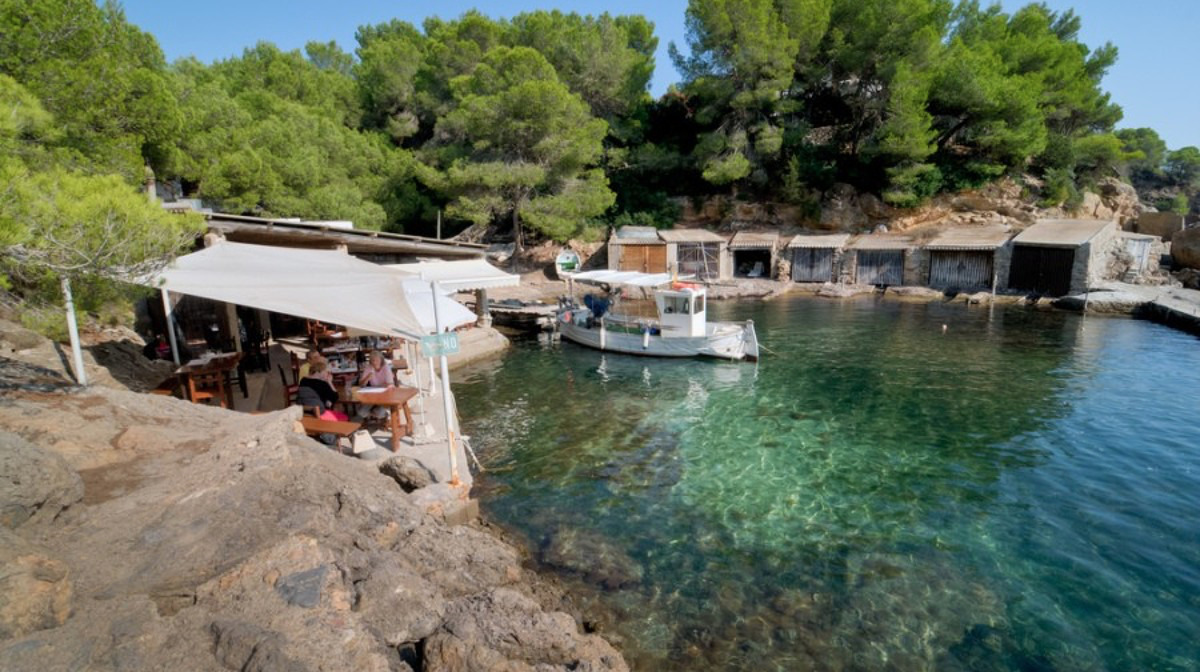 What could be better than taking the length of summer days to explore the island. Keep driving to the north and reach the bay of Cala de Pou de Lleos, which has pebble entrance and is surrounded by fishing huts built on rocks. Now put your snorkels on, it is time to leave yourself to salty waters. There is nothing except a fish restaurant offering you only fresh fish and also a cafeteria that is which you will have your individual happy hour. There is nothing you should do here, just throw your towel on the low roofs of fishing huts and dream with the clouds in the sky. 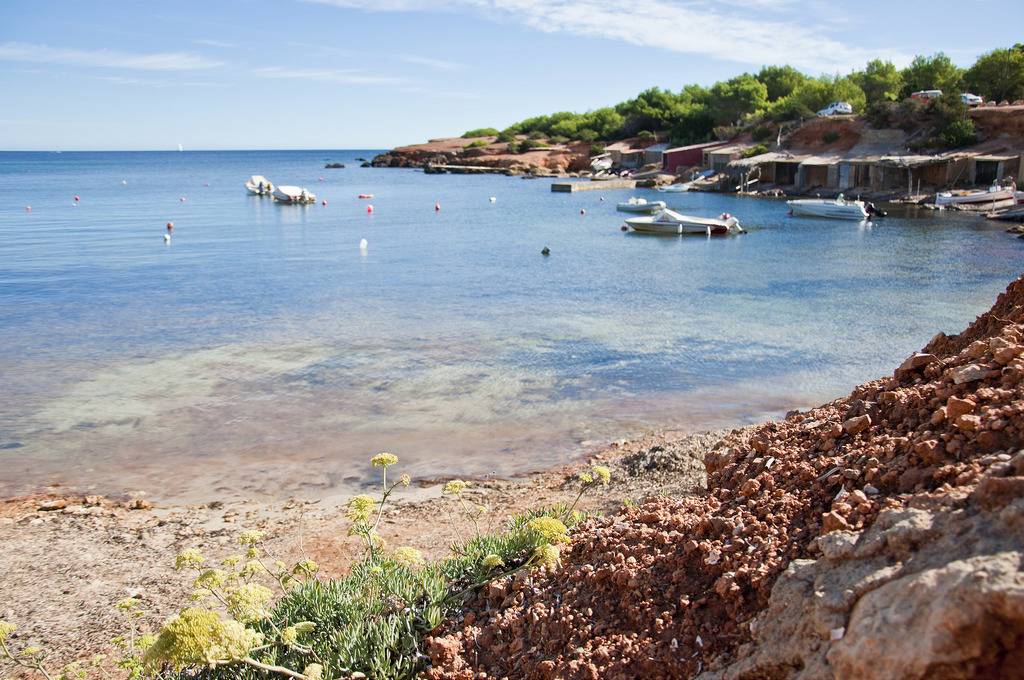 It is time to get back on the road when the sun slowly turns its colours red, and the next stop is Giri Residence, which came to life 150 years ago as a farmhouse and now perfect collaboration of design and art. Enjoy every bite prepared by the award-winning cuisine by the turquoise pool in the middle of the garden's greenery. The great end of polishing ceremony of your all senses is peaceful sleep in design detailed room as you were in a dreamland.
We are ready for cool and salty waters to jump in after breakfast and to add another dreamy bay to our visual memory. Driving between green and blue scenes to arrive our first stop: Bay Aigues Blanques which is very popular with its crystal clear waters. There are only two places that you can have a snack on this beach surrounded by rocks. A real gem! 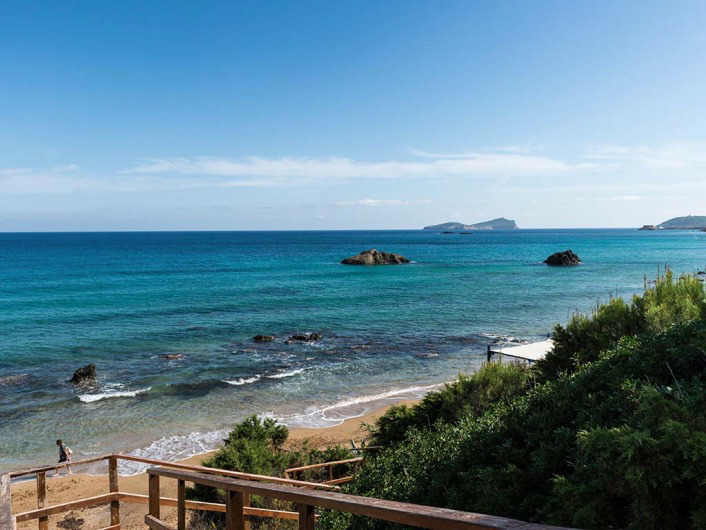 We're running out of time on the island, but there are more bays to explore and it's time to get going. We took recommendations from a local where we met while we were having coffee. The first thing we saw was an abandoned building and kept going. We understood that we made the right decision after parking the car and started to walk. Like a sapphire stone sparkling among pine trees, quiet and hidden paradise. This beach is a great spot to witness the silent orchestra of nature.  Don't forget to take some snacks and cold drinks with you, even maybe small refrigerator here to have your own festive!
Does time really exist on that Island? Don't think so. You only follow changing colours of sunlight while day becomes night. For our last night on the island; our choice is Agritourism Ca Sa Vilda Marge which is in the middle of a 15-hectare fruit and vegetable garden, that's why you can see farm to table attitude on everything you taste. 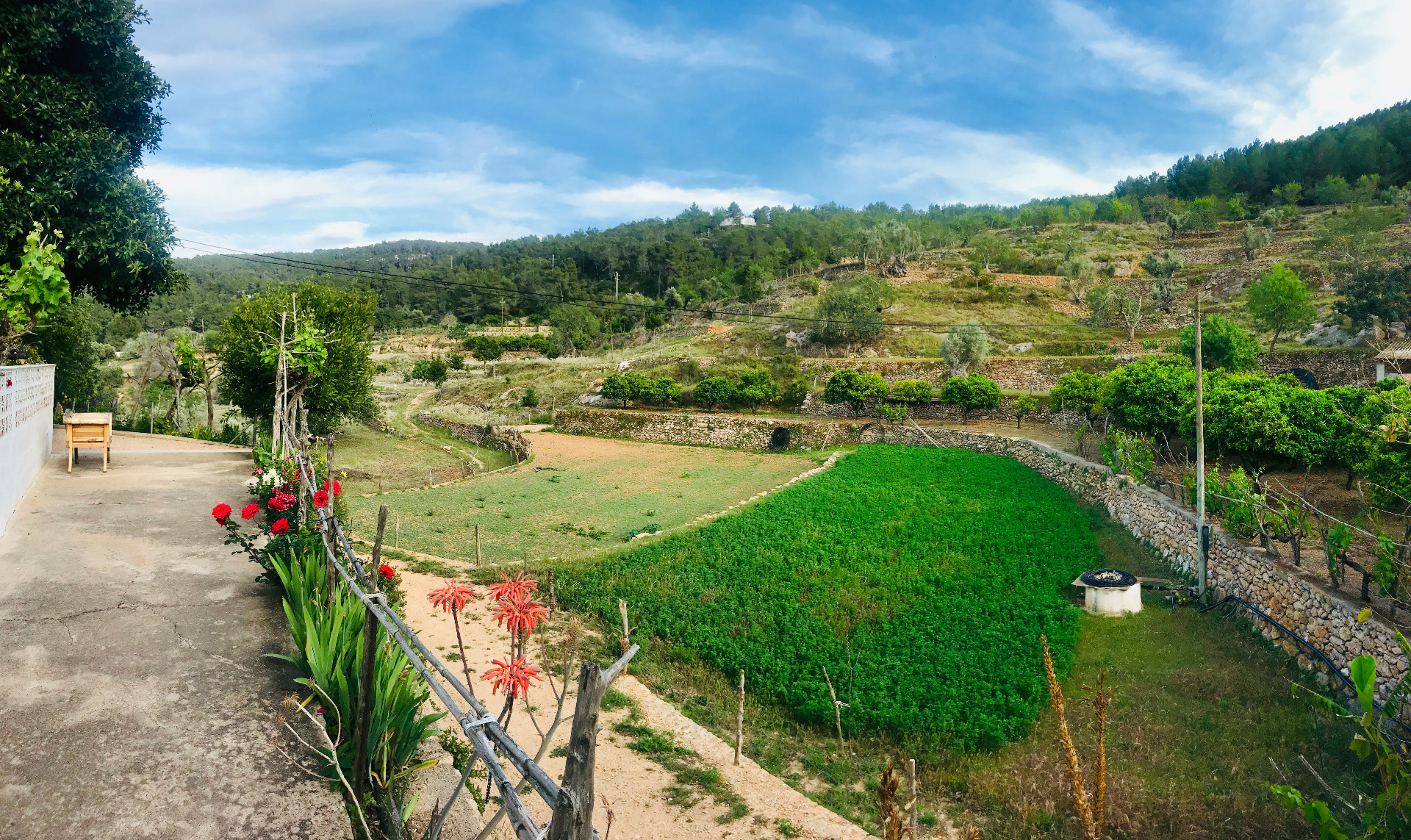 The most touching moment is; you can also collect everything you eat from the garden yourself. The only sound while you are sleepingg is the crickets in the middle of the valley. Why don't you wake up for sunrise with the scent of lemon trees and wash your face in the hotel pool.

After our organic breakfast that brought joy to all of our senses, the plan was to visit two more bays for our last day and enjoy our last hours. Our first stop is Cala d'en Serra and the second is the golden beaches of Playa Cala Xarraca. Today, we decided to have our last meal at the Mosque de Balafia instead of having seafood, again upon the recommendation of a local. 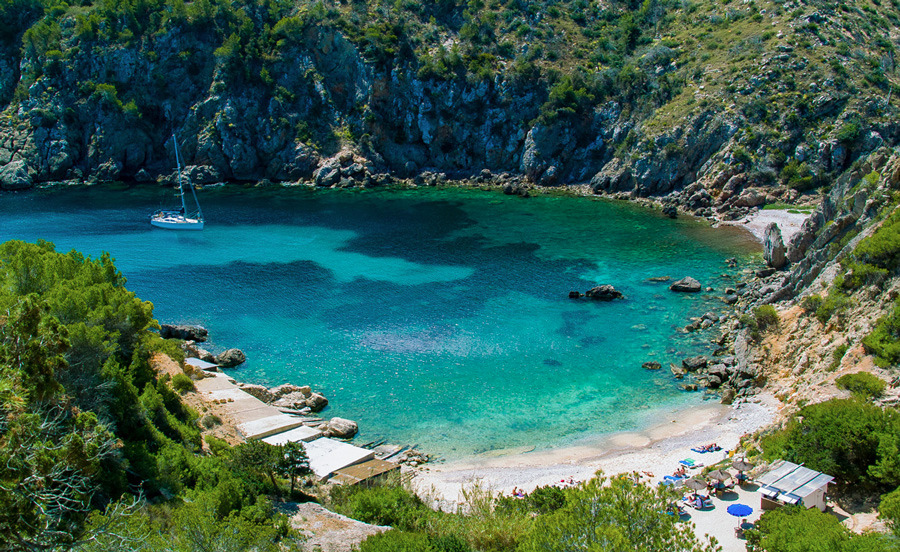 The menu is quite simple but more than satisfying; you choose your meat that will be cooked on a wood fire, a salad of freshly picked tomatoes from garden and home cut fries. The presentation of such a simple menu in such a beautiful way creates festive air before leading back home.
While the sun sets behind our tanned shoulders; we return from Ibiza with our blue and green-like memories. Ibiza reminds us of the saying 'nothing is as it seems 'and have note to our agendas to come back for that peace again. 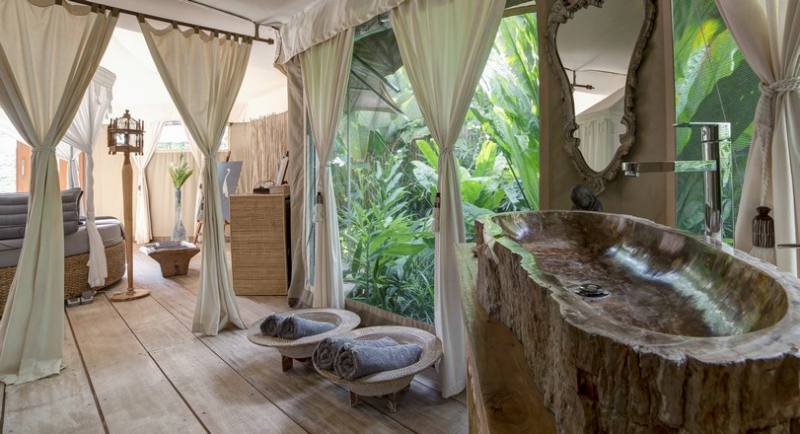 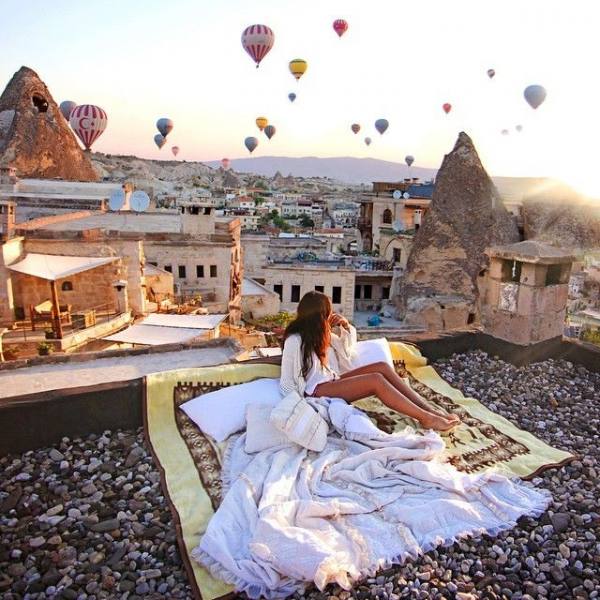 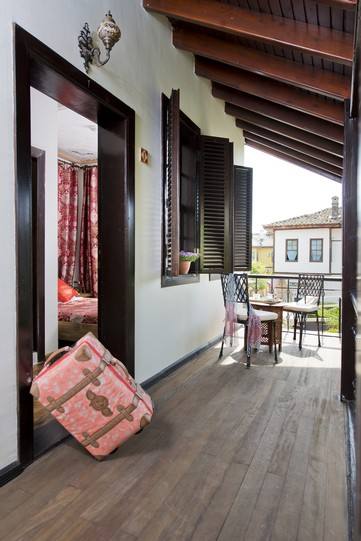 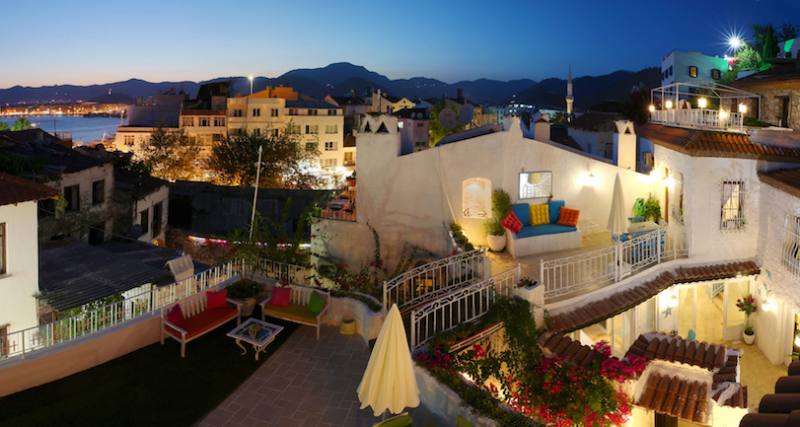 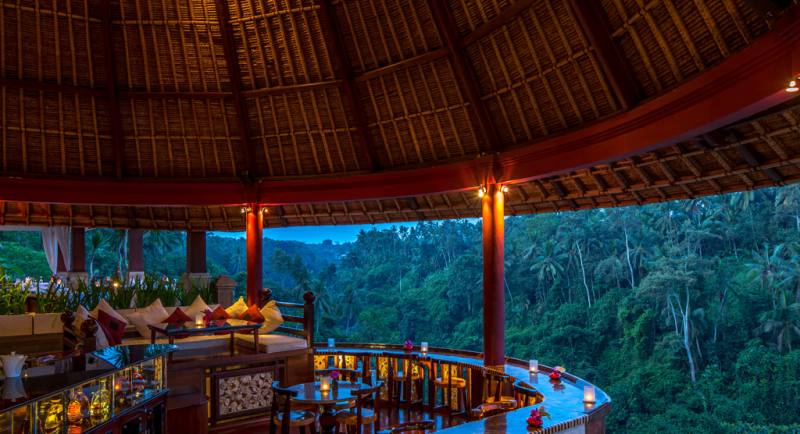 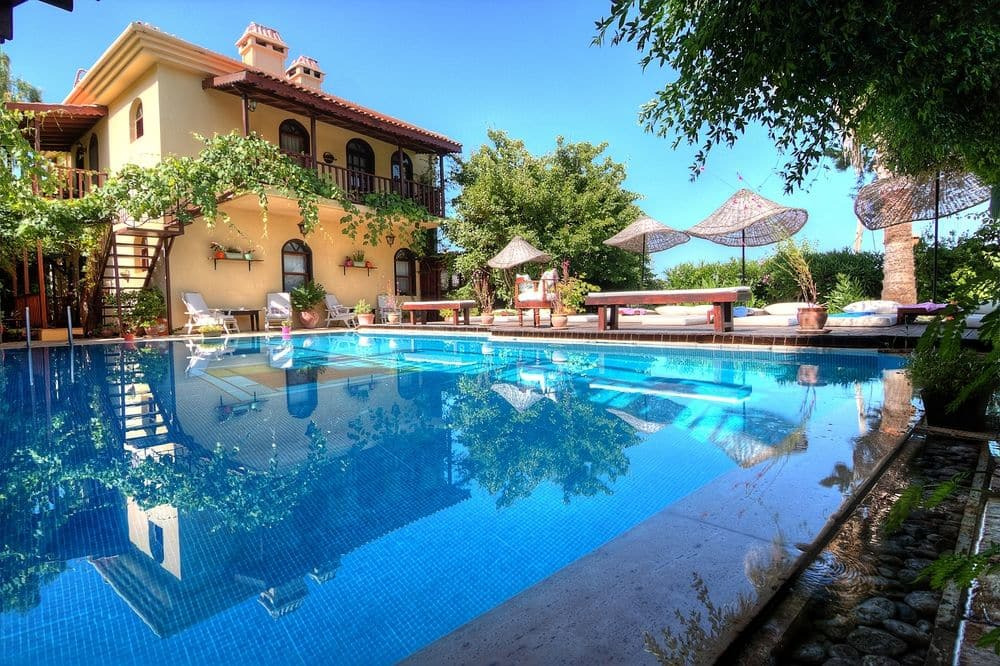 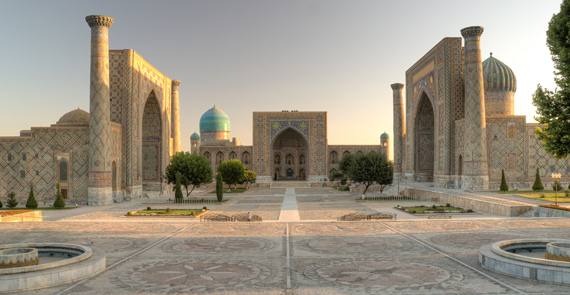 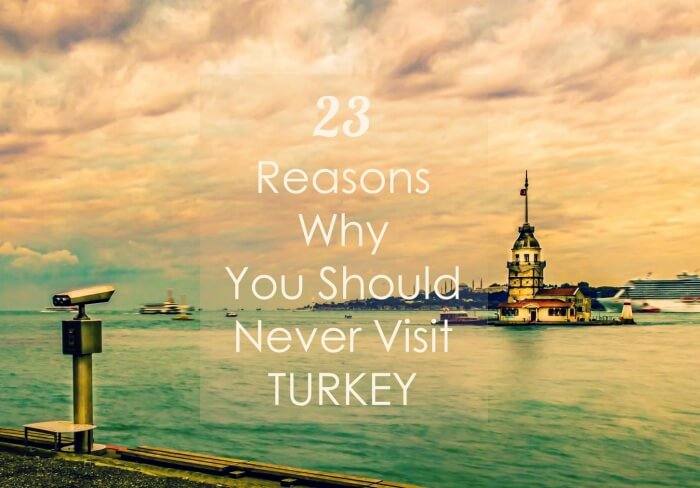